When you’re an expert, you command respect in your niche. People listen to you, they pay attention to what you say and most of all they buy your products. 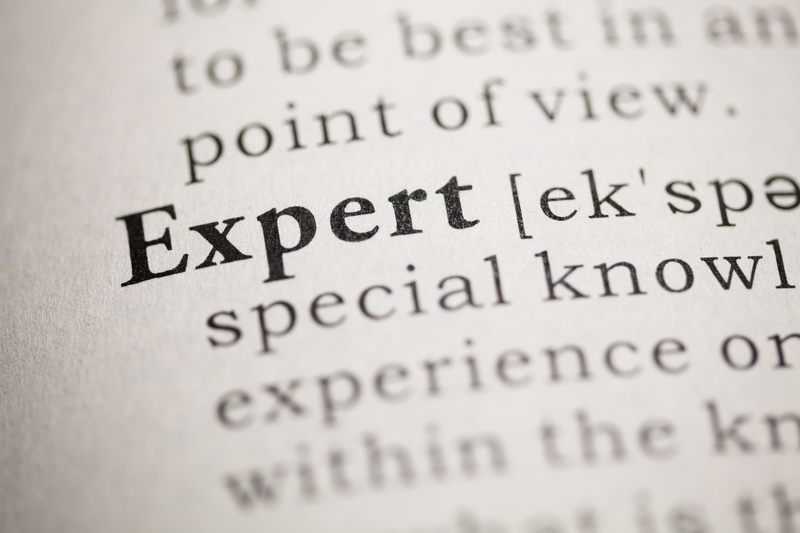 Being the expert in your own niche is like writing your own ticket to freedom.

I was reading Russell Brunson’s new book, “Expert Secrets,” and it starts out by giving some examples of just how easy it is to become an expert.

When Russell was in college, he tried internet marketing but failed. Then on spring break when he was bored out of his mind, he and a friend decided to build a potato gun.

The thing was, they didn’t know HOW to build a potato gun. It just sounded like fun. So they started doing some research.

They discovered things like the correct barrel-to-chamber volume ratio, the right propellants to use, the correct pressure for the pipes, how NOT to blow themselves up and a whole lot more. Armed with this information, they went to the store and bought their supplies. Then they spent the next few days building the gun, finding a place to shoot it and yes, shooting the gun itself.

Russell checked, and sure enough: the previous month there had been 18,000 searches for the term, ‘potato gun plans.’

Russell talked his friend into creating a DVD on how to source the items needed for building a potato gun, and how to build the gun itself.

Then he sold this DVD online. While he didn’t make a fortune, he did earn enough to get excited about online marketing and his new career was born.

Notice in the above scenario what Russell did to become an expert. He picked a topic he was interested in, researched it, experimented, did his own work, and created a video.

Not exactly hard work, was it?

Russell gives a few more examples of people who became ‘experts’ in the same manner:

Jacob Hiller always wanted to dunk a basketball, but he was lousy at it. So he started doing research to discover techniques to improve his ability to jump. Every time he found a technique that worked, he made a video.

So he made a product and built a company that makes millions of dollars teaching people how to jump. Crazy, but true.

Jermaine Griggs had trouble reading sheet music, so learned to play piano by ear. Now he makes millions teaching others to do the same.

Liz Benny was an excellent social media manager, but it wasn’t until she began teaching others what she knew that she started making millions.

Think of that – he made MILLIONS doing real estate deals, but he made HUNDREDS of millions teaching others what he learned.

Are you an expert at something that other people want to learn? Then as Russell says, you are just one funnel away from making millions.

But maybe you don’t have an expertise yet – that’s okay. As you can see from the above examples, every one of these folks learned to be an expert first and then built their business teaching others to do what they did.

Even Russell wasn’t born an internet marketing guru. He studied and practiced and worked to become what he is today.

And the same goes for me and every single expert making 7 figures on the internet.

One last thing – you might already be an expert, but you’ve got a voice inside your head saying, “Who am I to teach others? I’m nobody special.”

You are indeed special but you just don’t know it yet.

What you know comes easy to you because you’ve studied and practiced.

Yet to most people, what you know seems like something very difficult.

They need your help.

They WANT your help.

So ask yourself this question: Who are you to deny them the help they need and want?

Think about all the people you can help with your skill. By focusing not on the money you’ll earn, but instead focusing on helping others, you can build a 7-figure business you can feel great about.

And by the way, you can purchase Russell’s book, “Expert Secrets,” on Amazon.

Stone Evans is the developer of the Plug-In Profit Site. If you want to get your own automated money-making website just like this one (for FREE), click here!
View all posts by Stone Evans →
How to Reduce Your Unsubscribes with One Word
Are You Denying Your Readers the Netflix Experience They Crave?