In my never ending search for ways to better appeal to my audience, I sometimes venture into the dark recesses of the human psyche so that I might better understand my customers and even myself. 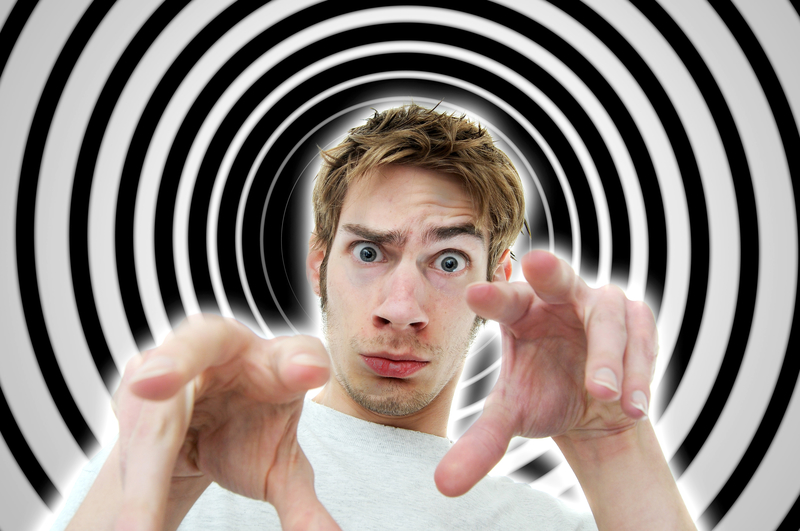 I’m not picking on psychopaths here. Nor am I villainizing them. As I understand it, psychopaths are born the way they are – it’s not a choice.

A psychopath is generally someone who feels little or no real emotion, and instead has to fake it. They might lie a great deal. They have an inflated sense of self-worth. They use superficial charm and glibness to manipulate and con others. They lack remorse, guilt or empathy. And they constantly are in need of new stimulation.

About 1 out of 100 people are psychopaths. Odds are you know at least one, yet you might not realize it. Remember, most of them are not killers as the media might portray them.

But they can be incredibly charming and persuasive. Some psychopaths can find a person’s weak spot in minutes, manipulate that person using that knowledge, and actually make their target very happy and thankful to have been manipulated.

I’ve seen psychopaths at work. They fake emotions and use the techniques I’m about to cover to make people like them almost instantly.

Have you ever met someone and almost instantly thought you had a lot in common with them? Maybe you did – or maybe they were a psychopath adept at making you feel that way.

Now then, for those with active imaginations, I’m not recommending you turn into a psychopath when it comes to your marketing endeavors. And I’m certainly not suggesting you manipulate your prospects into becoming customers, either.

What I am suggesting is two-fold:

First, we can learn about influence from those who are skilled at it – and psychopaths tend to be especially adept at influencing others.

Second, forewarned is forearmed, which is to say once you are aware of these manipulation techniques, you will be better able to recognize them when they are being used on you or even against you.

Flattery: This isn’t just compliments and buttering you up, although that’s a part of it. Psychopaths can hone in on your insecurities and then provide you with the reassurance you crave to make you feel better. This makes you like them, trust them, and follow their suggestions.

As Marketers we do a variation of this in sales letters, agitating the problem and making the prospect feel the pain of the problem before we offer the feel good solution.

Favors and Gifts: The psychopath will do you a favor or give you a gift you might not even want. But still, now you feel obligated when s/he asks you to do something for them.

We do this in marketing, don’t we? We give away things, and in turn folks feel obligated to take a good look at what we’re offering.

False Intimacy: They’ll pretend to be interested in everything about you – your hobbies and interests, the kinds of music you like, your job, your family and so forth. Then they’ll tell you fake secrets to create an even deeper intimacy, at which point you’ll reciprocate and tell secrets about yourself. This is how a psychopath can go from ‘stranger’ to ‘new best friend’ in one or two meetings.

Again, marketers use a variation of this in sales copy, by first showing how similar we are to the prospect. “I had the same problem you do, here’s my story with all my dark secrets, etc.”

False Expectations: Psychopaths pretend things are already happening the way they want them to happen, before others even have a chance to think. So instead of asking, “Do you want to go to dinner?” They’ll simply say, “Let’s have dinner tonight, I’ll meet you at Harvey’s Grill at 8pm.” You’re not thinking IF you want to go to dinner, but instead you’re already making plans to meet him there.

Marketers and sales people alike will often ‘assume the sale’ to get the prospect to simply go along, rather than feeling like they have to ‘decide.’

Silent Treatment: Psychopaths will give random and unexpected silent treatments to throw you off. You might wonder if you did something wrong, and even try to make up for it with gifts or overt kindness. If you do, then the psychopath knows s/he’s got you wrapped around their finger.

In marketing, going silent is seldom going to pay. Out of sight is very quickly out of mind.

Over Asking: This is crafty – the psychopath asks you for this BIG favor, knowing you’ll balk. But then you feel bad that you had to say no. So when they now ask you for a small favor, you readily agree. Of course, it was the second request that they really wanted all along.

If you’re not using this technique in marketing, you’re probably losing money. Let’s say you offer your live coaching class for $1,000. Obviously a lot of prospects won’t buy it, which is when you offer them a recorded version for a whole lot less money.

Or maybe you want a fairly big name marketer to do an interview with you. You’ve already started building a relationship with them, so you ask if they would like to co-author a product with you. When they say no, you then ask for what you really wanted – a 30 minute interview. (Sneaky, right? But done correctly it does work, but only if you’ve already got a relationship with them.)

I just want to note here that outside the realm of psychopaths, false equivalence generally means two things are given the same weight, even though they are radically unequal. For example, if you have a scientist backed with decades of research stating a fact, and a non-scientist sitting next to him denying the fact, it appears both have equal weight, when in fact the scientist is backed by 99% of his or her peers on the subject as well as thousands of scientific studies.

In marketing, we can certainly use tactics like these to manipulate our customers, but it’s shady at best. I do recommend you stay on the lookout for it.

You’ll see this tactic used continuously on television and the internet, with ads telling you that you’re not a man if you don’t drink a certain drink, smoke a certain cigarette, drive a certain car and so forth.

Or if you don’t own an iPhone, you’re not part of the ‘in’ crowd.

It would be like me telling you that if you don’t subscribe to my newsletter, then you’re a lousy marketer. That’s blatant manipulation and in my opinion it’s time marketers let this one go forever.

Fake Normal: They communicate that, “Everyone is doing this,” so that the person feels inclined to do it, too.

We use this one a lot in marketing. “Everyone is grabbing ABC product, you better get yours, too!”

Fill Emotional Needs: Psychopaths will find your insecurities and unhappiness, and then provide reassurance. They’re giving people what they want and saying what they want to hear.

If we’re honest, we have to admit that we do a version of this all the time in successful marketing campaigns.

It’s perhaps a little surprising how much marketing has in common with psychopathy. Then again, we’re all about persuading and to a certain degree, manipulating – hopefully towards the BENEFIT and not the detriment of our customers.

If you are manipulating your customer for their own good, that’s one thing. If you’re doing it just to make a sale, you probably won’t be in business for long.

But one thing I learned from studying psychopaths is this – there is still far more that we can learn about persuasion, and sometimes we’ll find the answers in the oddest of places.

Stone Evans is the developer of the Plug-In Profit Site. If you want to get your own automated money-making website just like this one (for FREE), click here!
View all posts by Stone Evans →
Use the “Law of 5” to Be More Successful
5 Myths about Affiliate Marketing